Helping You Understand Your Property Taxes 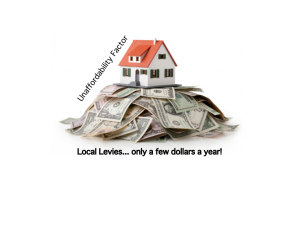 Samuel Adams was a leading contributor to calling out the egregiousness of taxation no matter if it originated at the national level or at the local level. His point was always related to civic responsibility with fiduciary accountability. The key question for history now is pointed at fiduciary Accountability.

In this series on Levies, in today’s post we focus on the ballots across the State of Ohio and think about all the other States in the Union being ripe with local tax levies. The consequences of which no one considers because of the guilt-fed emotionalism of proponents calling levy opposers “haters, socially irresponsible” or what ever narrative they will use to inflict submission by deformation. Therefore, those who bemoan their property taxes going up are shamed into self-inflicted taxation leading to housing unaffordability and ultimately self-imposed eviction.

In Ohio there are Secrets to Levies that will be covered in another blog post. Here’s a hint: State Mandates! You have no Choice in your property tax going up! What a hot topic for the next blog post.

Look – Don’t blame the politicians regarding Levies – well…. except for that nasty little Secret of State Mandates! For our discussion here, we will get you closer to home by looking at a single County in NE Ohio as well as to one Township in that County.

Let us drive this home again – levies are Citizen self-imposed taxes. You are raising your own risk factor for eviction – Not the politicians. Yes, the initiation of levies are directly on the heads of the bureaucrats and board members of the various agencies (Political Sub-divisions) in your locality. These insidious culprits include school boards that you elected and in the other agencies – the proponents of Citizen self-taxation are appointed.

We will leave school boards alone for the moment but do remember that they continue to violate the State of Ohio Supreme Court ruling that finds the funding mechanism of public schools Unconstitutional and that they consume the majority of your property taxes.

So if you think we are speaking strong words and concepts – Sam Adams would say: Really? The proponents of levies always use strong emotionalized words and mislead by saying that it is only going to cost you minute dollars per month. Have you ever taken the time to realize the additive effect on that monthly amount as it impacts your house payment and then your free cashflow? Who are these Boards and Bureaucrats? How are You the Citizen holding them accountable? Do they really have your best interests in mind for the ‘greater good of society’ or are they entities that consider You the cash cow and they themselves the most knowledgeable to determine the use of your money for their programs?

Consider that levies are for anything from schools to parks and everything in between being locally or worse – State mandated. Taxation through representation was the demand of the Founding Fathers at the time of the Revolution. No one minds sharing financially in areas that prove responsibility in the use of our hard earned money. That is what charitable organizations once did until government took over the activities. Which then demands an answer to: How are these taxing authorities communicating their financial responsibility to You and why are some that are well funded …… coming back to the feeding trough, being your disposable income.

Just think about this example of one Ohio County over the last ten years: Geauga County

No one in this Ohio County can afford any of the levies on the November ballot nor afford them in the future!

Take one real life example from a Township in Geauga County. Understand that for Geauga County the average per capita property tax is about $2,303.00.

This real life example lives in an East-Central Township and has in a School District that additionally imposes a 1% income tax on residents in the district. This property owning Citizen has a net annual tax of $3,543.42, which is $1,240.42 above that per capita average we just noted. What is the tax breakout per taxing authority that we can easily get the information for?

Starting with general number off the County Auditors site:

What this table does not tell us is the amounts further broken out for the Township in regard to services including Fire/EMS and the such. By The Way: the school district did not remove the 1% income tax burden from tax payers with the new levy that passed in May 2018.

Now this is important to understand, tax burden Bureaucratically driven by the Boards for the several taxing political sub-divisions in the County budget are further defined by this table:

Now, Let’s take a look at the demographics of that example we are talking about. Assume the following base on age over 65 as a component of the aging population of the County:

Let us now look at the Housing Affordability Threshold (HAT) index, which is a measurement used a nationally recognized think tank, the Center for Community Solutions in Cleveland, Oh. In Geauga County the HAT is statistically at 26.7% out of the 30% where a property is deemed Unaffordable.

In our example of this Geauga County property owner has a HAT of: 32.5%

You do the math as to how that Unaffordability number increase with any new levies even if they are only touted as a few dollars a month. Whenever, you hear that a new tax levy will ONLY cost you and an extra $100.00 per year in taxes, what that really means is that although your “out of pocket” costs are $100.00 per year, you must earn an additional $333.33 [$100.00 / .3] in annual income to avoid moving you closer to housing unaffordability. That is the dirty little secret that the politicians, or the bureaucrats will not tell you.

This Citizen in all respects cannot afford any additional Property taxes yet with the passage of the recent school levy the monthly tax is going up $27.00 or $332.19 per year.

Ok, We will do the Math for you. The new HAT is: 33% Showing that every levy adds to the Unaffordability of ones property.

Those on fixed income and unable to realize cost of living increases are going to be the first citizens impacted, but, in reality, ALL taxpayers will start to feel the crushing debt of increasing property taxes. Home ownership is quickly becoming an illusion, and we are losing the American dream.

What’s the point in all of this?

Just quickly looking at one example, Geauga County Ohio has additional County wide Levies and local levies on the November Ballot that will continue to increase Unsustanability of Citizens to afford their property and it makes it difficult for the next generation with average middle-class incomes to purchase property.

Why do we want to continue to self-inflict future eviction by self-imposed taxation?

The emotionalism of “the greater good” is not sustainable. It is time that taxing authorities tighten the belt and consider that they are causing severe financial distress on the Citizens of Geauga County.

What’s happening in Your County making Your Property Unaffordable?